August is the month many major league clubs pull the plug on their season. Be it dumping veterans for young prospects at the trade deadline or calling up potential superstars from the minors, some MLB teams cash out early.

But baseball bettors can find some sports bet picks discovering those teams still putting up a fight – despite little to no chance of making the postseason. These clubs are playing for pride and can come through with some hefty plus-money wins:

Minnesota Twins (45-66, -11.26 units)
The Twins have been a train wreck most of the year, but have shown signs of life in early August with a 7-3 record in their last 10 games heading into Monday. Minnesota has been cashing in away from home as well, taking it to the AL Central-leading Indians for more than four units last week and beating up on Tampa Bay this weekend. The Twins are smashing the cover off the ball in their last 10 outings, averaging 6.5 runs per game in that stretch.

Philadelphia Phillies (52-61, +4.69 units)
The Phillies have been a surprisingly profitable play most of the summer, thanks to picking up wins when listed as lofty moneyline dogs. Philadelphia did just that with two wins over the Giants last week, closing around +223 and +175 for a pair of victories. The Phillies offense, which was near the bottom of the National League most of the season, has sprung into action. Their bats are hitting .252 and plating an average of 6.3 runs per contest this month. Expect more plus-money value with Philadelphia in L.A. this week.

Kansas City Royals (53-58, -2.18 units)
It would seem strange to have the defending World Series champs on this list, but the Royals sit well off the pace in the AL Central and back of the pack for a wild card spot. Kansas City picked up two huge wins against a very good Toronto team this weekend and can build that momentum throughout the month. The Royals have been stellar at home, going 34-20, but are just 19-38 on the road. The rest of the month sees K.C. playing just 10 of 22 games inside Kauffman Stadium, which means the Royals need to figure out their road woes if they want to challenge for a ticket to October. 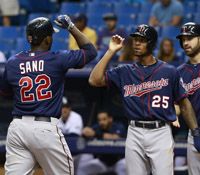 August is the month many major league clubs pull the plug on their season. Be it dumping veterans for young prospects at the trade deadline or […]
Do you like it?0
0 Read more 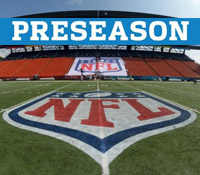 Kicking off with the Hall of Fame Game on August 7, the NFL preseason is the appetizer for the full football slate starting in September. But […]
Do you like it?0
0 Read more

It’s tough to look ahead to Super Bowl LI when the NFL preseason isn’t even here yet, but for fans of football futures this is the […]
Do you like it?0
0 Read more 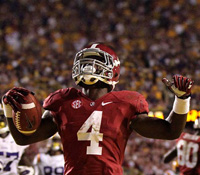