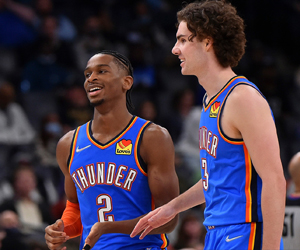 Despite losing their 2022 second-overall pick Chet Holmgren for the year, OKC has done a fantastic job shedding their preseason label as a tanking team and firmly entrenching themselves in the Play-In Tournament conversation.

Behind All-NBA level play from Shai Gilgeous-Alexander, the improved performance of second-year guard Josh Giddey, and steady support from their surrounding cast, the Thunder find themselves at 23-25 and in the 11th seed.

The young Thunder have also been a stout team at home, taking care of business in Oklahoma City to the tune of a 14-10 record. On the other hand, the defending champion Golden State Warriors have been shockingly awful away from the Chase Center, limping in away games to a horrid 6-18 showing.

While they’ve been without their leader and best player in Stephen Curry for an extended amount of time, they weren’t faring any better on the road even with their All-NBA point guard leading the charge.

Due to Steph’s absence after a minor shoulder injury, the champs find themselves in the middle of the pack of the disappointing Western Conference, sitting at 24-24 and locked into the Play-In Tournament at the time of writing.

With Curry back, the Dubs will hope to put some separation between themselves and the remainder of the middling teams in the conference and possibly earn a guaranteed playoff spot. If so, though, they’ll have to be much better on the road than they’ve shown so far, as 17, or half of their remaining games, will be played outside of the Chase Center.

Outside of their rough showings on the road, the Warriors bench has also massively struggled. For a team who’s won multiple championships partly behind the strength of their depth, it’s been concerning to see them come into this season with such an unproven and shaky reserve unit.

These struggles have drawn criticism for Golden State’s "two timelines" philosophy, as all of their young prospects that they hoped would provide a dangerous bench have massively struggled so far, particularly former second-overall pick James Wiseman and Moses Moody.

Like many young teams, the Thunder also don’t have very impressive depth. If the Warriors reserves are unable to outplay OKC’s, it might be the final push for Golden State’s front office to upgrade their bench before the trade deadline.

A surprisingly fun Western Conference clash will take place on Monday, January 30th when the Golden State Warriors travel east to take on the upstart […]
Do you like it?0
0 Read more 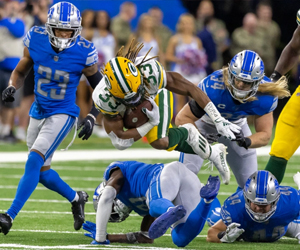 The final week of the NFL season is upon us, and many teams’ seasons are up in the air. 13 teams have been eliminated, but […]
Do you like it?0
0 Read more 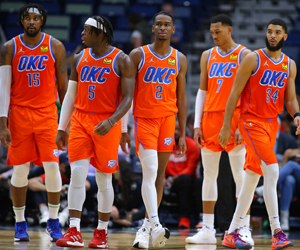 After a 1-5 skid, the Boston Celtics have seemingly righted the ship, as they’ve tacked on four wins in a row, including some statement victories […]
Do you like it?0
0 Read more 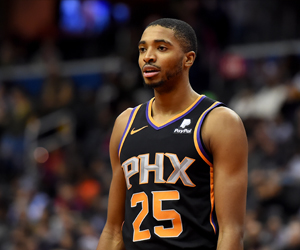