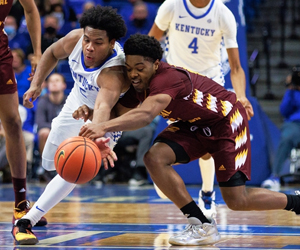 John Calipari has one of their last non-conference cakewalks of the season tonight as they take on the Southern University Jaguars at home in LexVegas.

The Southern Jaguars are led by former Kentucky Star Sean Woods, who would love nothing more than pulling an Evansville from two years ago and upsetting the Wildcats.

Kentucky is showing up to this game as hot as any team in the country right now. After their season-opening loss to Duke, the Cats have been rolling. Oscar Tshiebwe is a dominating presence in the paint, cleaning the glass with a nation-leading 16 boards a night. They have a balanced scoring attack led by freshman star TyTy Washington.

The Cats are looking to continue their reign of dominance. Calipari hasn’t been happy with the way that his team has been finishing games this season. Look for Cal to put the pedal to the floor the whole game to get his men ready for SEC play coming up.

Southern is showing up with defending freshman of the year in the SWAC, Terrell Williams, and a pretty strong defense that forces turnovers at a high rate. The Jaguars have a team that could contend for the SWAC title, but this is not Jackson State. They have shown up against Louisville, losing by 12, but got throttled by Akron over the weekend.

The Handicapper911 simulation model, which simulates every College Basketball game thousands’ of times, is up +16.7 units over the last three years. We have released 310 total games with 167 WINS and 143 losses ATS for a win % of 53.87%. A $100 bettor of our NCAAB would have netted a profit of $1,670 and, a $1,000 bettor would have won $$16,700 just on NCAAB. We have released only a small number of college basketball games so far this season. Now is the time to sign-up and start winning.

John Calipari has one of their last non-conference cakewalks of the season tonight as they take on the Southern University Jaguars at home in LexVegas. […]
Do you like it?0
0 Read more 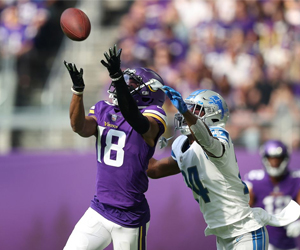 The Detroit Lions remain the only team in the NFL without a win this season. Despite inspired efforts by players and some incredibly close games, the […]
Do you like it?0
0 Read more 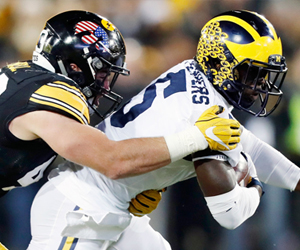 The B1G Championship game is set and it is most certainly not the two teams that we expected to see here as of 12 EST […]
Do you like it?0
0 Read more

The Central Michigan Chippewas (1-4) will be travelling to Lexington, Kentucky to face off against the 10th ranked team in the nation in the Kentucky […]
Do you like it?0
0 Read more
Prev page
1234
Next page