The Michigan State Spartans will host the Penn State Nittany Lions, Saturday at 3:30 pm EST in a battle for the Land Grant Trophy. Penn State has won the last two games in this rivalry beating Michigan State 39-24 last year, and 28-7 in 2019.

Both of these teams started the season hot, with Big Ten title and possible playoff hopes on their minds.

The Spartans won their first eight games of the season and got up to No. 3 in the College Football Playoff Rankings, but have since dropped two of their last three games, including a humiliating 56-7 loss as a 19-point road underdog to currently No. 2 ranked Ohio State last week. Penn State won its first five games of the season but has since lost four of its last six games.

The Spartans offense is led by Kenneth Walker who is second in the nation with 1,498 rushing yards and tied for fourth with 17 rushing touchdowns. The Spartans are 11th in the Big Ten allowing 25.5 ppg, and dead-last allowing 463 total yards per game, with 339.9 per game coming through the air.

WAKE UP IT'S GAMEDAY 😤 #RELENTLESS pic.twitter.com/sM8oHXPzRs

The Handicapper911 simulation model, which simulates every College Football game thousands’ of times, is up +16.7 units over the last three years. We have released 310 total games with 167 WINS and 143 losses ATS for a win % of 53.87%. A $100 bettor of our NCAAF would have netted a profit of $1,670 and, a $1,000 bettor would have won $$16,700 just on NCAAF. We have released only a small number of college football games so far this season. Now is the time to sign-up and start winning. 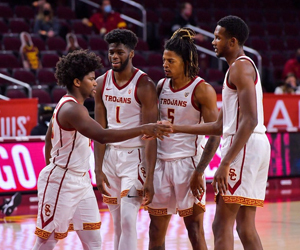 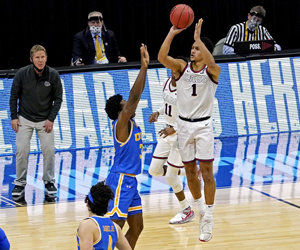 The Tuesday matchup between the #1 ranked Gonzaga Bulldogs facing off against the #2 ranked UCLA Bruins is more than just a number one versus […]
Do you like it?0
0 Read more 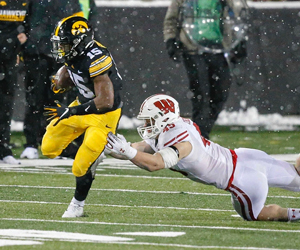 The Iowa Hawkeyes take on the Wisconsin Badgers this Saturday as part of NCAA football’s infamous rivalry weekend. While this will be drummed up as a […]
Do you like it?0
0 Read more