Many NBA teams use Christmas Day as a marker in the schedule. By December 25, all the kinks should be ironed out, the lineups should be solidified and roles should be defined. Sometimes it takes NBA teams more than two months to figure all this out, but when they do: look out.

Here are some sports bet odds and teams that started the season slowly but are finding their footing as the NBA season rolls towards 2018. Get your wagers on them now before the markets correct:

Oklahoma City Thunder
The Thunder have won six straight games with a 4-2 mark against the spread in that span. Oklahoma City entered the 2017-18 schedule with huge expectations after adding Carmelo Anthony and Paul George to a roster that already boasted the NBA MVP in Russell Westbrook.

Those three All-Stars struggled to settle into roles in the early workings of the season, and OKC tumbled down the standings and dragged NBA bettors along with it. However, the Thunder appear to have figured things out and turned heads with a win over a red-hot Houston squad on Xmas Day. With all that star power, the value on Oklahoma City is slim but with the Thunder finding its touch on offense – and allowing only 100 points per game – big spreads may not matter.

Chicago Bulls
The Bulls were decimated by offseason departures, trading Jimmy Butler to Minnesota and waiving Dwyane Wade so he could join his good buddy LeBron in Cleveland. Chicago was left with a young and unproven roster pegged to finish at the bottom of the Eastern Conference. And that was the case for most of the season, with the Bulls winning three of their first 23 games.

Then, for whatever reason, Chicago snapped out of it. The Bulls rode an overtime win against the Hornets into an 8-2 SU run in which they covered the spread in all but one game. And their only losses came at the hands of Cleveland and Boston – two of the Eastern Conference elite. Chicago is scoring more than 109 points per game during this hot stretch, getting a big boost from its bench which is contributing 39.4 points per night – ninth most in the NBA.

Los Angeles Clippers
The post-Paul Clippers looked doomed for a while. Los Angeles opened with four straight victories, then went ice cold and won just one of its next dozen games. The Clips were terrible defensively, allowing 111.5 points against per game during that skid. Los Angeles hasn’t exactly righted the ship, but is playing much more competitive basketball.

Those improved efforts combined with a drastic market shift away from L.A. pumped betting value into the Clippers, who were now getting points from the bookmakers. That’s helped make Los Angeles one of the better wagers in recent weeks. The Clippers have gone 9-2-1 ATS in their last 12 games, with five of those paydays coming on the road. Now, Los Angeles is at home for 10 of its next 14 contests. Can the Clips keep the cash coming?

New Orleans Pelicans
Playing in the Southwest Division is a rough life for the Pelicans, facing super squads like Houston and San Antonio on the regular. New Orleans was 3-5 to start the year and has had a tough time stringing wins together for the most part. However, the Pelicans are turning it around at the sportsbook, with a 4-2 ATS mark in their last six games. That isn’t a lot to go on, but there could be value hiding with this team as the schedule marches into 2018.

The Pelicans are among the best passing teams in the NBA and thrive on ball movement to free up shooters. It also helps to have two of the top interior players in the NBA – Anthony Davis and DeMarcus Cousins – collapsing defenses and opening up space on the wings. New Orleans shoots 38.4 percent from 3-point range – tied for second best in the NBA – and is knocking them down from distance at 40 percent over the past three games. That ability to pile on the 3-pointers and put distance on the scoreboard is big for basketball bettors. 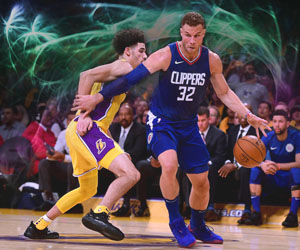 Many NBA teams use Christmas Day as a marker in the schedule. By December 25, all the kinks should be ironed out, the lineups should be […]
Do you like it?0
0 Read more