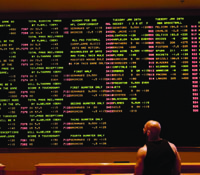 The NFL is America’s true past time, and due to that there’s no lack of coverage from week to week. Football bettors can find themselves lost in a sea of information when making their sports bet picks, and there are some important factors that often get forgotten before they put their money down. Here are three things every football handicapper should be looking at when making a NFL bet this season:

Weather
This seems so simple, but you’d be surprised how many bettors forget about looking to the skies. Plenty of NFL venues are domed, so weather never comes into play but in those open-air stadiums, knowing the forecast can sometimes be as important as knowing the quarterbacks.

Rain can leave the ball slick, which can often lead to turnovers and dropped catches – giving value to the Under. While snow, on the other hand, makes the field slick, giving the ball carrier the advantage against would-be tacklers – giving added pop to the Over. But the most disruptive force of nature on football games is wind. Strong gusts can ground even the most potent passing game and make field goals and extra points near impossible.

Schedule
Who a team played the week before and who they play the week after can impact the results this Sunday. Even pro players are susceptible to letdown and lookahead spots. A team coming off a big win over a hated rival can often come out flat in the following week, while a team with a massive matchup on the horizon can sometime overlook their current opponent. Bettors should also monitor a team’s travel – going west to east or a string of road games – and down time, after playing a Monday night game or heading into a Thursday night showdown on short rest.

Cluster injuries
The big name players always steal the thunder, even on the injury report. Quarterbacks, star receivers, and standout running backs will force the hand of oddsmakers when factoring injuries into the spread. However, when a team has a cluster of injuries at a certain position – like on the offensive or defensive line – those missing pieces are often not equated in the line but have just as much impact on the outcome. These cluster injuries can often be exploited by a bad matchup, like a thin secondary taking on an elite QB or a makeshift o-line holding back a ferocious pass rush.