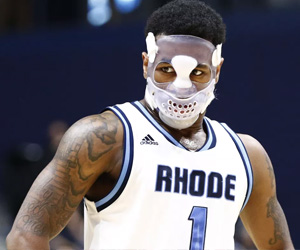 Selection Sunday has come and gone. The bracket is out for the NCAA tournament and the March Madness betting odds are on the board and ready for the best sports handicappers.
One the biggest reasons why the first four days of the Big Dance is the busiest betting time of the year is the appeal of the underdogs. The tournament is known for thrilling upsets and the 2018 Field of 68 won’t disappoint.
If you’re shopping for some live underdogs to not only cover the spread but knock off the higher seed in the NCAA tournament, these matchups below could provide just that:

No. 10 Oklahoma Sooner over No. 7 Rhode Island Rams

The Rams are slight -1.5 favorites for this Round of 64 meeting in the Midwest Regional and this line could swing over the fence to Oklahoma as the betting chalk by tipoff Thursday. Rhode Island looked like a Cinderella in the making during its tear through the Atlantic 10, winning 16 straight games between mid-December and mid-February. However, the wheels wobbled at the end of conference play and the Rams stumble to a 4-4 SU mark and 2-6 ATS record in its final eight games, including a loss in the A10 tournament final.
Oklahoma hasn’t looked much better but the Sooners do have the best player in all of college hoops, in freshman shooting guard Tre Young. He’s averaging over 27 points per game and while he’s cooled off a bit toward the end of the season, the big stage of the national tournament would be the perfect chance to boost his NBA Draft stock. He’s the type of player who can singlehandedly win a tournament game, and the Sooners could be a live dog on the moneyline.

No. 11 Loyola-Chicago Ramblers over No. 6 Miami Hurricanes

The Ramblers won the Missouri Valley crown thanks to a smothering defense, which ranks fifth in the country, and a dead-eye game from beyond the arc. Loyola-Chicago was red-hot from outside during the MVC tournament and averages 7.3 3-pointers per game on 40 percent shooting from distance. The Ramblers already flashed their upset potential earlier this season when they dropped Florida by six points in Gainesville as 16-point pups.
Miami is battled tested in the ACC and looked like it would stir things up in the conference tournament, riding a four-game winning streak before getting backhanded by North Carolina in the opening game of the postseason. The Hurricanes are also a team that relies heavily on defense and do a good job defending the perimeter. However, they haven’t been as stingy away from home and play this game in Dallas, Texas.

Nevada was supposed to cruise to the Mountain West tournament title, but got upended by San Diego State in the semifinals and fell to a No. 7 seed in the NCAA. That was the Wolf Pack’s second loss to the Aztecs in three games, and has this line moving from Nevada -1.5 to a Pick’em. The Pack’s once-mighty offense – ranked 18th in the country – didn’t fire in those final games and they run into a Texas team that seems to be finding its form.
The Longhorns played some good ball to end the Big 12 regular season, covering the spread at Kansas and knocking off West Virginia in the finale. They then went on to beat a very good Iowa State team in the conference tournament and covered in a tight loss to Texas Tech. Texas ranks 10th in defensive efficiency and could throw an up-tempo Nevada offense in the mud with a methodical pace. This Horns teams took Duke and Gonzaga to overtime – both slim losses – in non-conference play, so they’ve got a taste for upsets.