The project top 16 teams for the NCAA tournament were released earlier this week, giving college basketball bettors some insight into how March Madness could shape up on Selection Sunday. A lot will happen between now and then, but those projections didn’t exactly matchup with the odds to win the NCAA tournament.

We look at some of the best sports betting trends, as it relates to a team’s projected tournament seeding and odds to win March Madness.

San Diego State Aztecs (No. 1 seed, 17/1)
The Aztecs were alongside Kansas, Baylor and Gonzaga atop the bracket, earning one of the No. 1 seeds for the projected tournament field. San Diego State is the lone undefeated program in the country, sitting at 25-0 and in control of the Mountain West Conference.

The Aztecs’ NCAA tournament odds reflect their lack of competition and the confidence oddsmakers have in them – or lack there of – to go deep into the Big Dance. San Diego State took wins over Iowa, Creighton, and Utah in non-conference play and boasts one of the best defenses in the country, earning the eighth-ranked defensive efficiency rating from Kenpom – a tell tale sign of NCAA success.

West Virginia Mountaineers (No. 2 seed, 20/1)
The Mountaineers earned a No. 2 seed in the projected NCAA field, cutting its teeth in the stacked Big 12. West Virginia missed out on a big opportunity to shake things up in the conference with a loss to Kansas Wednesday. Bob Huggins’ program was mentioned along side Duke, Dayton and Louisville – all of which are listed at 14/1 or lower to win the NCAA tournament.

West Virginia continues to be one the best defensive teams in the country, par for the course when Huggins is involved. However, the Mountaineers lack the offensive depth they’ve had in past season, especially from beyond the arc. They just don’t have the horses to hang with the elite, which is why their odds are where they are.

Villanova Wildcats (No. 3 seed, 40/1)
The Wildcats earned a projected No. 3 seed – a spot that included Seton Hall, Florida State and Maryland. Those three teams have odds to win the national title at 35/1 or lower. Villanova, on the other hand, is hanging tough in the Big East and snapped a three-game losing skid with a win over Marquette Wednesday.

Jay Wright’s crew is always tough come tournament time, with Villanova a solid team on both end of the floor. The Wildcats can hold their own on offense and shine from beyond the arc, knocking down more than nine 3-point buckets per game. That ability to catch fire from outside and Wright’s NCAA experience make Villanova a tough team to bump out of the bracket.

Butler Bulldogs (No. 4 seed, 50/1)
The odds get really weird for the projected No. 4 teams. Auburn and Michigan State opened among the favorites to win March Madness before the season but have failed to meet those expectations, now projected to be No. 4 seeds. Despite that they boast odds of 14/1 and 16/1 respectively. The other No. 4 seed, Oregon is priced at 30/1. And then there’s Butler.

The Bulldogs are fourth in the Big East but thanks to a busy non-conference calendar which was littered with power conference opponents, including a one-point loss to Baylor, Butler is getting the nod from the selection committee. The Bulldogs are built on defense, giving up only 61 points per game, and run a very methodical and efficient offense, much like last year’s national champ Virginia. 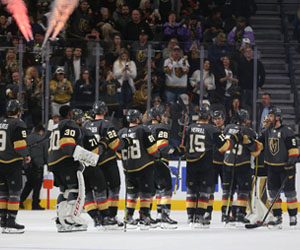