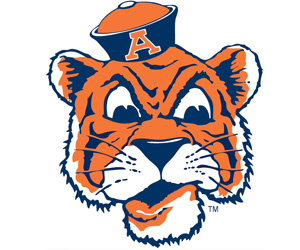 The SEC used to be run by likes of Florida and Kentucky. The landscape of the conference has changed in 2017-18, and even though the Gators and Wildcats are still near the top of the standings, the SEC split its regular season title between the Auburn Tigers and Tennessee Volunteers – two schools known more for their work on the gridiron than the hardwood.
The level of parity in the league only means more betting value when the SEC tournament tips off at the Scottrade Center in St. Louis, Missouri Wednesday. Here’s a look at some of our sports bet picks on the favorites and live underdogs.
Favorites

Tigers fans knew it wouldn’t be long until the program jumped up the SEC pecking order, what with former Tennessee head coach Bruce Pearl on the sidelines. Auburn floundered a bit to end the season, going 2-3 SU and 1-4 ATS in the final five games. Those three losses came on the road, where the Tigers averaged 79.2 points per game – compared to 88.6 at home. It’s that big home/away split that should have Auburn bettors worried heading into the SEC tournament.
The fact that the team swooned against the spread and enters uncharted waters with one half of the league championship heading into the postseason are cause for concern. Auburn could be ripe for a letdown spot, playing the winner of the Alabama-Texas A&M matchup. It lost to both those conference foes this season.

The Volunteers looked very good to finish the season and took full advantage of Auburn’s slide, stealing a slice of the SEC regular season banner. Tennessee rides four straight victories in the conference tournament, covering the spread in three of those outings – including road wins in Mississippi and Mississippi State. That momentum and current form should have bettors leaning toward the Vols to take this championship.
Tennessee boasts one of the better defense in the country, allowing only 59.25 points in that final four-game winning streak. It’s been a steady team at home or away, posting a 9-3 ATS mark in the role of visitor this season. The Volunteers have some very versatile players in forwards Grant Williams and Admiral Schofield, with the pair creating matchup headaches for opponents.
Live underdogs
Florida Gators +500
Florida finished the SEC schedule in style, picking up a much-needed win over Kentucky in the finale. That victory could get the Gators into the Big Dance and sets them up as the No. 3 seed in the conference tournament, facing the winner of the Ole Miss/South Carolina game or Arkansas.
Florida rides a three-game winning streak into the SEC tournament, covering the spread in all three, and can thank an uptick in defensive intensity for this late-season surge. The Gators allowed an average of only 61.6 points over those three games.
Kentucky Wildcats +600
The Wildcats had a shot at riding a hot streak into the SEC postseason but fell flat on their faces in the season-ending loss to Florida. Before that, it appeared as if Kentucky’s young guns were figuring things out after a terribly inconsistent season. On paper, this roster is one of the most talented in the country but UK struggles with cohesiveness on offense and a lack of effort on defense.
The Wildcats are seeded fourth and will play the winner of the Georgia/Vanderbilt game or Missouri – which would make a very interesting showdown against returning Tigers standout freshmen Michael Porter Jr. Most years, head coach John Calipari wouldn’t care much about the SEC tournament, with focus on the NCAA. He doesn’t have that luxury this season and must set the tone for this team if they want to make waves in March.