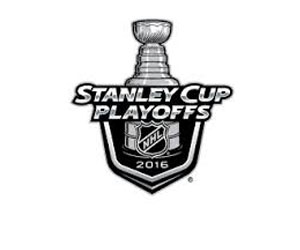 The NHL playoffs are almost here which means hockey bettors are buckling up for postseason profits. Unlike many professional leagues, the NHL playoffs come with the promise that any team – from No. 1 to No. 8 – can win the Stanley Cup. That opens up the window for huge betting returns on the NHL ice.

Here are some handicapping guaranteed sports picks when it comes to betting on the NHL playoffs:

With the top eight teams in each conference making the cut, you would think there’s a gap between those seeded No.1 and those at No. 8. However, as past postseasons have shown us, seedings don’t matter as much in the NHL as they do in other sports.

Last year, No. 8 Nashville swept No. 1 Chicago in the opening round and the year before that the Predators took down the No. 1 Anaheim Ducks in the West. Hockey bettors shouldn’t get too wrapped up in where a team finished in the playoff pecking order and should look for value going against odds that do reflect those seedings.

OK, so what should NHL bettors bank on? Momentum is the moneymaker in the playoffs. Bettors will want to look at the last month of the season and see which teams enter the postseason with the most momentum.

NHL teams peaking at the right time can ride that steam all the way to the Cup final. Not only is this a great way to spot game-to-game value but you can also get nice return in the futures odds if you can peg a lower seed coming into the playoffs with momentum.

Home ice doesn’t hold as much weight as you think, as road teams constantly come through in enemy territory and flip a playoff series on its ear. Look for NHL teams that have shown the ability to keep pace away from home during your postseason handicapping, specifically looking at clubs that close the door on host teams and have a solid defense in the role of visitor. Not only are those teams a good bet but they will likely come with great value on the moneyline when playing on the road in the playoffs.

Much like finding a team riding a hot streak, bettors will want to jump on a goalie in a groove. Hockey bettors have seen netminders catch fire in the postseason and piggyback their clubs deep into the playoffs. In the same vein, they should also fade goalies playing below their standard or coming off an injury. The postseason pace leaves little time to correct errors or heal up.

Teams with two solid goaltending options are also a smart play, as coaches can jump from one to the other without fear of a letdown. This also allows goalies to get a rest and weather the postseason grind. And, from these goalie competitions often comes a standout on a streak, like Penguins goalie Matt Murray last season.

Playoff hockey sees the intensity ramped up and goals coming at a premium, and this is especially true early on the postseason. With nerves forcing players to hold their sticks a little too tight, offense seems to take a couple games to settle in.

There is solid value betting the Under in the opening games of the NHL playoffs, with low-scoring contests in abundance. Then, you’ll want to look to wagering more Overs as players relax, settle in, and adjust to the postseason pressure as well as opponent’s game plans.

Last year, the opening three days of the NHL playoffs produced a 1-9-2 Over/Under record. Bettors should also try to tackle these totals early, striking as soon as they hit the board. Getting a wager on the Under 5.5 before the line drops to 5 will save you from suffering a painful push – something that happens very frequently in the NHL playoffs.