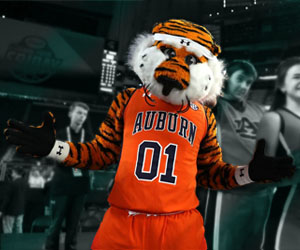 Can you believe there’s less than two months until college football kicks off? The NCAA’s extended opening week gets the 2019 campaign started with a huge Sunshine State showdown between the Florida Gators and Miami Hurricanes on August 24 – one of the two marquee matchups kicking off the season in Week 1.

We take a closer look at these must-bet games and the college football sports bet odds.

Florida Gators vs. Miami Hurricanes
The Gators opened as 7.5-point favorites for this Florida grudge match at Camping World Stadium in Orlando and the spread has remained steady so far this summer. These schools haven’t face off since 2013 but were routine rivals in the mid-80s and early 2000s, with the Hurricanes winning seven of the past eight meetings and going 7-1 ATS in those games.

Florida enters 2019 with lofty expectations and is expected to earn a Top-10 ranking in the opening college football polls. The Gators picked up 10 wins in 2018 behind a balanced team, sitting 22nd in scoring (35 points per game) and 20th in defense (20 points allowed per game). Dan Mullen returns one of the best receiving corps in the country but has some work to do on the offensive line after losing plenty of experience in pass protection.

Miami welcomes new offensive coordinator Dan Enos, who has his work cut out for him. The Hurricanes are still unsettled at quarterback and because of that, the team will lean on the defense – especially in the first few weeks of the season. The U is still about causing chaos (don’t forget the “Turnover Chain”) but did lose some of its standouts. The lower 50.5-point total would indicate a defensive battle in Week 1.

Oregon Ducks vs. Auburn Tigers
Books opened Auburn as a 3.5-point favorite for this neutral-site game inside AT&T Stadium in Arlington, Texas but early money grabbed the Ducks and slimmed this off the key number to a field goal. Both teams have something to prove after up-and-down 2018 campaigns, and any shot of a playoff spot lives and dies with this Week 1 war on August 31.

Oregon is headlined by Heisman hopeful Justin Herbert, who should have all the opportunity to shine – if he can stay healthy. The Ducks have great pass protection and an arsenal of weapons downfield but also in the ground game. On the defensive side of the ball, Oregon should do well to slow down the pass but did show weakness against the run in 2018, which could be a problem again this season.

Auburn’s defense will be a tough test out of the blocks for the Ducks, especially with the Tigers returning plenty of talent and having one of the deepest depth charts in the country. The defensive line is the crown jewel of that unit, with seniors Derrick Brown and Marlon Davidson leading the charger. Offensively, Auburn will struggle when measured against past seasons. Jarrett Stidham is gone and with that uncertainty, War Eagle can’t afford a shootout with Oregon in Week 1.