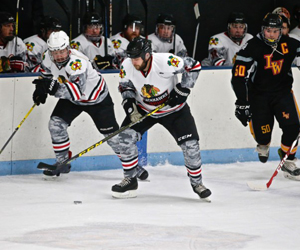 Nobody is perfect, especially in the world of sports betting. This is an industry where being right 53 percent of the time is akin to having a crystal ball that can see into the future. With oddsmakers and sportsbooks tougher the beat than ever before, sports bettors must be very careful not to trip over their own feet when it comes to making and winning wagers. If you don’t have a sports handicapping software system you need to find another way to win.
Here are some simple mistakes sports bettors make that is pretty much like handing your money over the bookie:
Chasing
Nothing takes the sting out of a loss like a win. But far too often sports bettors are quick to jump on a game immediately following a losing bet. And there’s where you get into trouble.
If you’re serious about your sports betting, you likely took some time to handicap that losing wager, studying the odds and matchup to make an educated bet. Maybe you took 15 minutes or 2 hours, but you at least thought it through. And then the second that well-planned play goes sour, you scramble to get a bet down on the upcoming kickoff with little to no regard for the teams, action or odds involved.
Those rushed wagers sparked by chasing a losing bet don’t pan out the way you’d like most times – even more so if you doubled down on the size of the bet to make up for the losing one. You can’t dig yourself out of a hole, so it’s best to take the loss – and a breather – and start the smart handicapping process over again.
Live wagering has made this pitfall even more treacherous. A pregame bet that is going south in front of your eyes can be countered by an in-game wager in the other direction. However, the vig associated with those two wagers will likely differ, since in-game betting generally comes with a higher price tag. And even then, oddsmakers aren’t giving up too much of an edge. The only thing worse than one losing wager is two.
Reacting to weather
In outdoor sports like football and baseball, weather can play a factor. Snow can show up during the course of a football season – and even in April and October for baseball – and rain is a constant threat to any open-air venue. Those two weather conditions may seem like cause for distress, but honestly don’t have much impact on the outcome of the game. And for baseball, they’ll delay or even postpone action until the skies clear.
The knee-jerk reaction for poor conditions like snow and rain is to take the Under, thinking offenses will struggle to connect. But as we’ve seen in football games with large amounts of snow, the ball carrier is at an advantage on a slick surface simply by knowing which way he’s going – something the defender does not. That can lend value to the Over if you have a team with shifty ball carriers to exploit that advantage.
The most important element to factor into your wagers is wind. Strong gusts blowing out to the fences can take routine flyballs and turn them into home runs. And winds blowing back in the batter’s face can keep would-be dingers inside the park.
On the football field, wind can play havoc with longer passing plays as well as the kicking game, pushing field goals and extra points to the side. Wind even has an impact on punting, leaving teams to give up poor field position because they can’t punt the ball downfield. See how winds clash with a team’s makeup and bet accordingly.
Contradiction
With all the different ways to wager on sports these days, it’s sometimes easy to get tangle up and forget just which bets you’re rooting for. Sports bettors must be careful not to contradict their bets. For example, if you’re wagering on a top defense to cover against a powerful scoring team, you would expect the final score to be lower. So why would you bet the Over?
This can get very complicated when mixing prop betting into your wagering menu. If you like a game to go Over the total, you’ll want to support that theory with correlated prop bets: Over on the quarterback’s passing yards, touchdowns scored, number of first downs. You don’t want to start buying up Under props that go against your ultimate narrative of the game.